The Persecution of Joseph Palmer (An Actually True Story) 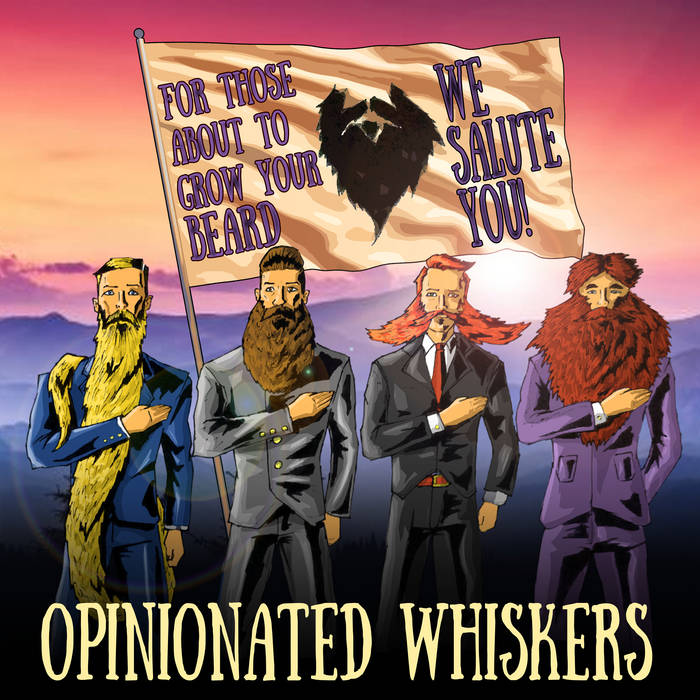 A simple Massachusetts farmer, he led a simple life
Providing for his mom, his son, his wife
Honest and kind, he was devoted to his God
Which led him to a choice that some found most odd

Now when the colonies started, everyone had beards
But by 1720, they’d completely disappeared
Not a single whiskered face for 100 years
Out of fashion and ungodly, for a face not to be sheer

But in 1830, the way Joe looked
Put him in a difficult spot
And you might think it's all a joke,
But I promise you it's not

His beard caused widespread scorn and derision
Vandals tore up his home; moms used his name to scare their children
Wherever he went, townsfolk would laugh and scoff
But Joe was resolute; he refused to shave it off

Then at the communion service one day,
the Reverend George skipped Joe
He said, “If you really were one with God,
you’d know the beard has got to go.”
Joe grabbed the cup and drank it down
Because he knew it wasn’t true
He said “I understand Jesus, just as well,
or maybe better than any of you.”

A few days later while shopping for food
He had an encounter that was more than just rude
Four hooligans attacked with scissors, razor and knife
Pushed him to the ground and said “your beard or your life”
Joe had never been so afraid
But lucky for him, he had his own pocket blade
He defended himself, and struck two in their thighs
And scared them all off, the bullies denied.

The beard survived, but Joe was dragged to court
An unprovoked attack, was his victims’ report
And since everyone in town hated Joe
That was the truth as far as they cared to know

The judge ordered Joe to pay a hefty fine
Though payment meant freedom, Joe chose to decline
He said “The way I look should not be a crime, but
If you think that I’m a criminal then let me serve my time.”

Joe kept a journal of his time in jail
A report which survives to this day
He was beaten, and starved, and thrown in solitary
All for refusing to shave

And soon, sure enough, the press picked up his tale
First in Boston and then nationwide
He’d been thrown in jail as a criminal
But now the whole country was on his side

Soon the town fathers, embarrassed far and wide
Decided they’d had enough, and so they tried
To get Joe to quietly leave his cell
First they lowered his fine, then threw out the rest as well

But Joe was a stubborn sort, and so refused to leave
Unless the judge gave him an official decree
That having a beard is not against the law
But a freedom permitted to him and to all

{“If I ain’t a safe person to have my Liberty I ought not to go out. And I am willing to stay in confinement ’til I am!”}

Joe stayed in jail for over a year
And was not at all inclined to just disappear
So his jailers could figure out only one course:
They tied him to a chair and they dragged him out by force

Joe lived a long life after leaving jail
And always tried to do good
An Abolitionist, naturalist, Trancendentalist
Accepting anyone, as everyone should

And as the end neared, he saw old Reverend George
And the man had hair on his face
So Joe Palmer approached, and said with a smile
"I'm happy to see that you're living in grace."

Today Joe Palmer rests beneath a giant stone marker
That strikes the ignorant as quite weird
Right below a carving of his whiskered face, it reads:
Persecuted for wearing the beard

from For Those About To Grow Your Beard (We Salute You), released December 3, 2017
All music / lyrics / performance (c) 2017 Opinionated Whiskers / NoneMaySay.com

We've dedicated our lives to the gospel of the whisker.

Thank you for growing yours!

Or, if you haven't, we hope to show you the error of your ways.

Bandcamp Daily  your guide to the world of Bandcamp

Featured sounds from Fly Lo and Ahmed Idris, plus Mother Nature hops on to drop off new project